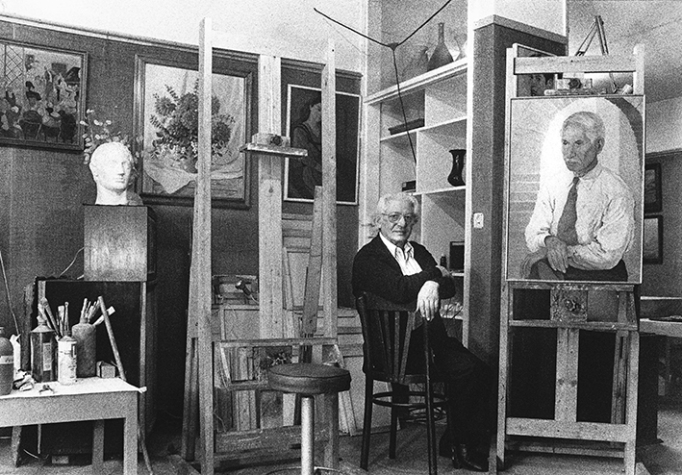 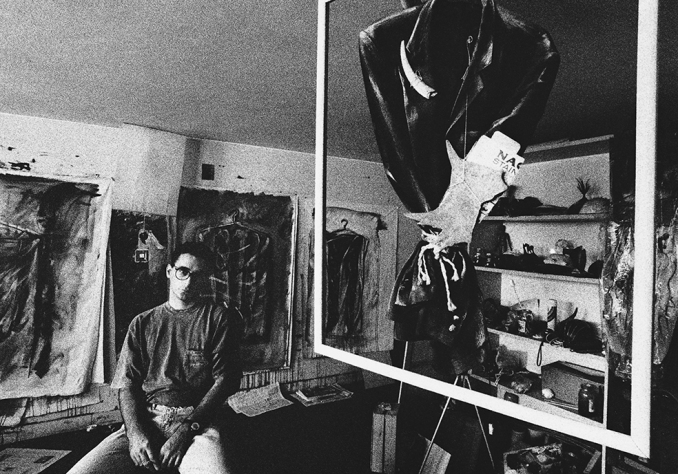 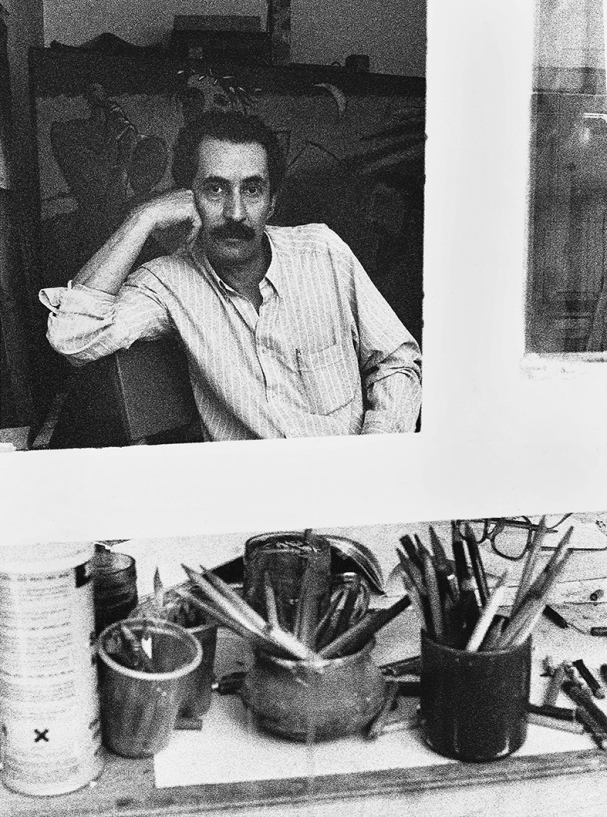 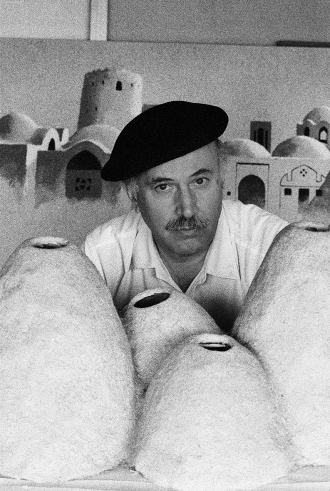 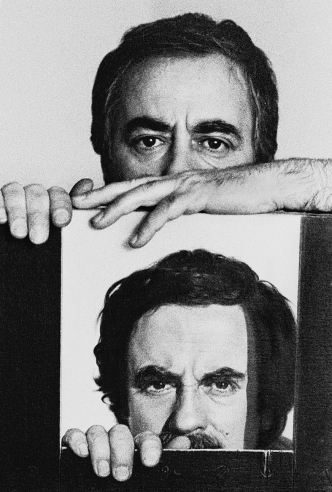 I asked Ms. Zandi: Did you get everyone?

I thought to myself , she is right. How can one possibly photograph all the people who paint? In my travels across the country or around the world, I try to collect the works and whereabouts of Iranian painters wherever they may be.

In my search I have come across all sorts of people who are in some way associated with painting, and call themselves painters.

Modernists censure all schools but their own; Naturalists consider unorthodox painters as non-painters. And Classicists call themselves the only legitimate heirs of Iranian art and art history.
Amidst all this, far from all professional divisions, a photographer tries to record the f aces of writers, poets, painters, cinematographers, architects, etc. – a task which should have been undertaken by a cultural organization, but for their lack of perception to do so.

In such an undertaking, photography plays only a minor part – a part, however, which as the final product becomes the focus of critical evaluation and discussion. In her attempt, Ms. Zandi has steered a special course. She has tried to create a testimony to Iranian contemporary art by photographing the painter as well as his artistic milieu – an attempt which has resulted in a collection of portraits reflecting a wide spectrum of contemporary Iranian art.

Because of a long history of calamities, we Iranians tend to keep a closed door on our private lives. Even today, when creative work has become a profession like any other, we think of it as an affair of the heart – an affair for which we seek accolades and recognition, yet paradoxically we try to hide its incipient development. When someone asks us: Are you a poet? Are you a painter? etc., we are taken aback by the abruptness of the question because we are not used to being called outright a painter or a poet. This makes the photographer’s task even more difficult, because after his tireless search for a phone number or an address when he finally calls to ask for a portrait, we tend to shrink away from his request.

Then there is the problem of the camera. The camera is a strange medium. It creates fear. It makes us overly self-conscious and uneasy. Most people show a different face to the camera – a face which they aspire to have, not the one they do have.

The photographer must overcome all these obstacles. In one short session he must adjust to the light, space, and the surroundings, and capture the fleeting mood of a single glance on film and to record that mood both candidly and creatively for posterity.

I asked Ms. Zandi: Didn’t you get everyone?

She said: No. It was impossible to do that. Besides, working on a single topic gets to be tiring after a while…. I thought to myself, she is right.

As I looked through Ms. Zandi’s photographs, I realized that she has captured the intimate moments much more expertly than in her first book. The photographs are an extraordinary reflection of the characters. Then I thought to myself, her first book was also her first trial.

Perhaps the literati were more conservative, or perhaps the studio has a different, more intimate atmosphere which books and bookshelves lack. The studio has an attractive disarray, yet it is full of warmth, color, and character. This time Ms. Zandi has grasped the mood, the moments, the candour and the spontaneity much more dexterously. Through her camera I see myself in a totally different light, as I have never seen myself before.

In this album Ms. Zandi appears more capable, more thoughtful, and more perceptive; more capable of working with the lights diff used through the air, of discovering new spaces and new angles, and of working with classical simplicity. Ms. Zandi has also managed to retain a professional outlook which is commendable. She has overcome the familiarities and preconceptions which so often get in the way of the artist.

When we try to photograph or paint a familiar model, the familiarity gets in the way; it prevents us from working in our own professional framework. Emotions, personalities and recollections come between the photographer and his model like a veil, and prevent the photograph from turning into art. The photographer must discard all memories and feelings, and discover the subject anew. Then he must wait for the right moment to capture the mood, light, form, color and expression which breath life into a still picture. Ms. Zandi has done this admirably, and that is why one gets the distinctive feeling that her photographs are more than just photographs; they are more permanent; they have turned into art.

For Ms. Zandi this is only the beginning of a difficult task, but a beginning which she has attempted with sincerity and dedication, and one which affords her the expertise of becoming an authority with every step that she takes.

Both her photography and her tireless research are testimony to her love of Iranian art and culture. For this reason alone, if for none other, she commands our increasing respect.